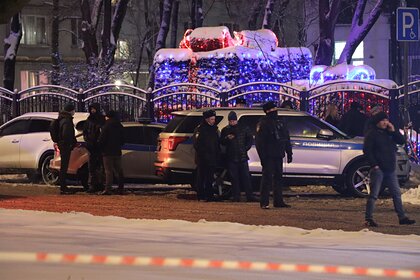 Moscow MFC, with mask mode. His words are quoted by “The Secret of the Firm.” The mask could just be some kind of trigger to commit a crime, “- said the parliamentarian.

He recalled that the investigation has to find out whether the man suffered from any mental disorders and whether he had intent to commit a crime.

On the afternoon of December 7, there was a shooting at the MFC on 1st Novokuzminskaya Street. Two people died, four more, including a child, were injured. Retired Lieutenant Colonel Sergei Glazov opened fire, the conflict began after his refusal to wear a mask. In addition to firearms, Glazov found a knife hanging in a case on his belt, which he did not have time to use.