VTsIOM: Gagarin headed the list of heroes of the USSR, Gorbachev turned out to be the main anti-hero 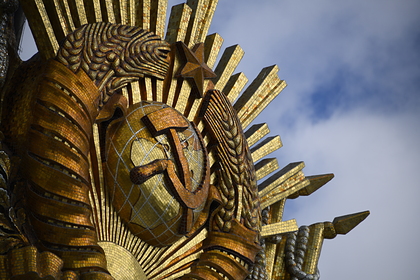 Cosmonaut Yuri Gagarin turned out to be the main hero of the USSR times. This is stated in a study conducted by RBC together with VTsIOM.

Pizza killer and pedophile with sandwiches: how food advertising drives people crazy and makes them take up arms 00:02 – May 8, 2019

antiheroes. We decided to quietly get rid of ”The historian told about the Soviet traitors and their help to the Nazis. Now they are trying to fire her

41 percent of respondents voted for the first man in space. According to the polling service, Russians remember Gagarin as an emotionally close iconic symbol of the era. Also, ideological questions do not usually arise to him.

Commander Georgy Zhukov is in second place in the list of heroes. 22 percent of the respondents voted for him. Joseph Stalin closes the top three with 20 percent of the vote. In the top five were Leonid Brezhnev (9 percent) and designer Sergei Korolev (8 percent).

Mikhail Gorbachev (20 percent of the vote) topped the list of Soviet antiheroes by a large margin. For Stalin, Nikita Khrushchev and Lavrenty Beria, 11 percent of those polled voted each. Boris Yeltsin and Leonid Brezhnev also caused antipathy among Russians (9 and 5 percent, respectively). It is noteworthy that 40 percent of Russians could not name a single antihero of the era.