“Zarplata.ru”: employee performance suffers due to preparations for the New Year 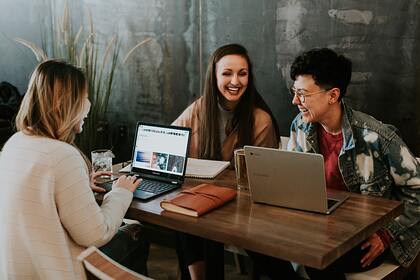 Almost half of Russians (43 percent) admitted that in December they work worse. This was reported by Russia Today with reference to a study by the research center of the job search service “Zarplata.ru”.

1978 people took part in the survey. One of the reasons for the decline in the quality of work is preparation for the New Year. At the same time, the effectiveness of women suffers more (64 percent) than men (36 percent), since they are more often busy with preparations for the holiday.

The inability to concentrate before a long weekend (31 percent), the need wasting time on congratulating partners (18 percent); worrying about spending on gifts for loved ones and relatives (13 percent). Relaxed surroundings and colleagues looking to celebrate the upcoming holidays with champagne get in the way of 7 percent of those surveyed. Another 16 percent of respondents found it difficult to answer.

It is also noted that 11 percent of respondents admitted their desire to completely cancel the celebration of the New Year at the workplace.

Earlier, the research center for the job search service “Salary .ru ”found out that every fifth resident of Russia (22 percent of the population) counts on a bonus at the end of the year. At the same time, men were more likely to receive incentive payments than women. In addition, two-thirds of the men surveyed believe that they deserve an annual bonus, regardless of the quality and volume of work they have done.