Google: the European Football Championship became the most important event of 2021 for Russians 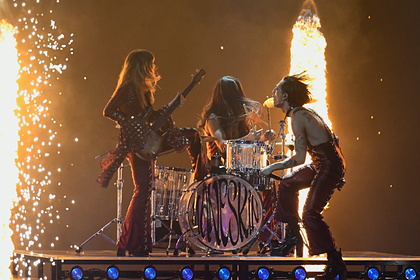 the most important events for Russians over the past 12 months. An analysis based on queries in Google Search showed that the top three included the European Football Championship, the Tokyo Olympics and Eurovision. A complete list is presented in the materials available to Lenta.ru.

The first place in terms of the number of requests was taken by the European Football Championship. It was supposed to take place in the summer of 2020, but due to the COVID-19 pandemic, it was postponed for a year. The Russian national team at Euro 2020 failed to overcome the group stage of the tournament. In their last match, the Russians lost to Denmark devastatingly. According to the results of the meeting of the executive committee of the Russian Football Union (RFU), the performance of domestic football players at Euro 2020 was assessed as unsatisfactory. Italy became the winner of Euro 2020. The team defeated the British in a penalty shootout.

The second place in the ranking of important events was taken by the Olympic Games in Tokyo, which took place from 23 July to 8 August. Domestic athletes competed under the auspices of the Russian Olympic Committee and won 71 awards, which was the third result in the number of medals.

The third most popular event among Russians was the Eurovision Song Contest. In 2021, the Italian group Måneskin won it. Russia, represented by the singer Manizha with the song Russian Woman, took ninth place.

The top five also included the World Ice Hockey Championship and the establishment of a new holiday – Father's Day. Russian President Vladimir Putin signed the corresponding decree on October 4. The holiday will be celebrated every year on the third Sunday in October.

In addition, according to Google, the Russians this year followed the conflict in Afghanistan, the shooting in Kazan, the State Duma elections and the blocking of the Suez Canal.

The tenth most important for the inhabitants of Russia has become a large-scale failure in the work of social networks. On October 4, thousands of users around the world reported interruptions in the work of the WhatsApp messenger, as well as social networks Facebook and Instagram. Many of them were able to open applications, but they were unable to send messages. Later, Twitter, Google and Amazon users also reported malfunctions.