Ushakov: in the conversation between Putin and Biden there was a place for jokes and exchange of compliments 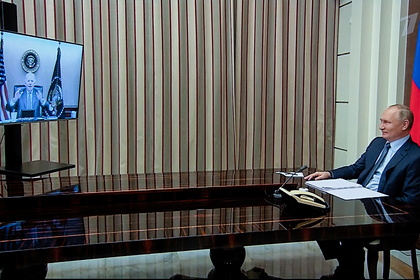 The talks between the Russian president and the American leader were of a business nature. This was told by the assistant to the head of Russia Yuri Ushakov, reports TASS.

At the same time, he noted that in the conversation there was a place for jokes and exchange of compliments between the presidents.

Earlier it was reported that Biden welcomed the opportunity to communicate clearly and directly with Vladimir Putin. According to the adviser to the head of the United States on national security, Jake Sullivan, the discussion between Biden and Putin was direct and frank.

On December 7, the presidents of Russia and the United States held an online meeting. The White House reported that the main topics of the talks were the situation in Ukraine, strategic stability, cyber security and regional issues, for example, Iran.