Deputy Foreign Minister Pankin: Western sanctions against Minsk are similar to punishment for friendship with Moscow 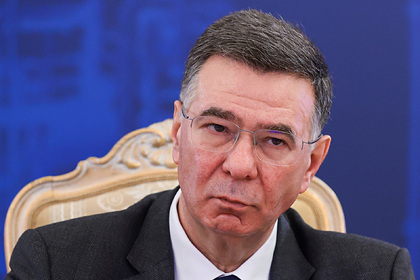 “The geopolitical factors of Western pressure on the friendly republic are also being seen,” the diplomat concluded. He recalled that in December 2020, the US Congress adopted the “Act on Democracy, Human Rights and Sovereignty of Belarus”, which provides for the possibility of introducing restrictions against citizens of Russia and the Union State. At the same time, the European Union, according to Pankin, included two Russians in the blacklist.

The Deputy Foreign Minister noted that in October the European Parliament opposed Russian-Belarusian integration. “How does this fit in with the concern about the state of democracy in Belarus itself, declared by the initiators of the sanctions?” – he specified.

Earlier, Pankin revealed the purpose of the West's sanctions against Minsk. According to him, the restrictions are aimed at provoking a new wave of anti-government protests in the country and deliberately to bring down the standard of living of ordinary residents of Belarus. The diplomat recalled that the West has imposed sanctions on sectors of the Belarusian industry, on which the well-being of hundreds of thousands of citizens depends.