Senator Tsekov said the US political system is not integral 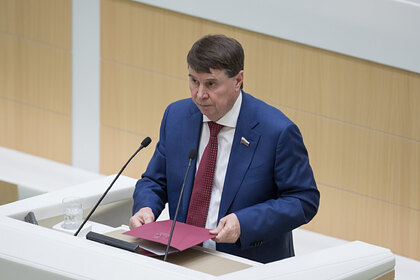 The United States has a complex political system that is not integral. In addition, there “the right hand does not know what the left is doing.” This assessment was given by the Senator from Crimea Sergei Tsekov, commenting on a number of tough statements by the State Department after the talks between the presidents of Russia and the United States, RIA Novosti writes.

According to him, Americans are guided by public opinion within the country. The senator added that after the summit of heads of state, Western media criticized the actions of US President Joe Biden due to the fact that he too softly and benevolently began negotiations with Russian leader Vladimir Putin.

The topics of the talks between the leaders of Russia and the United States have become known earlier. Biden said that the United States and European allies are concerned about the build-up of Russian forces near Ukraine's borders. At the same time, at the meeting, they talked about strategic stability and cyber security. Another direction of the summit was “regional topics, for example, Iran”, noted in Washington.