Senator Jabarov on the election of Scholz: we have always found a common language with his party 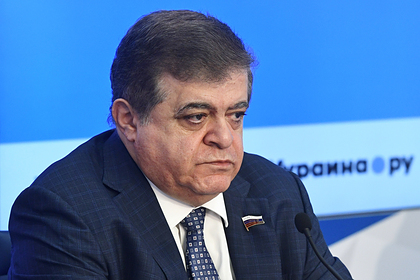 The Federation Council hopes that after the election of Olaf Scholz Germany, Russia and Germany will manage to maintain a constructive agenda of relations and not go over to confrontation. Vladimir Dzhabarov, First Deputy Chairman of the Federation Council Committee on International Affairs, shared this opinion in a conversation with Lenta.ru.

“We hope that the new Chancellor, representing the Social Democrats, will also treat our country constructively … That is, it will base its policy not on confrontation, but on the solution of certain problems. So, I think we will work with the new German government, “he said.

Dzhabarov recalled that historically, Russia and the USSR managed to build good relations with the FRG chancellors who belonged to the Social Democrats, for example, A significant improvement in relations between the countries was achieved in the chancellorship of Willy Brandt.

“We also remember the chancellorship of Gerhard Schroeder, who was a friend of our country, although, of course, he defended national interests in the first place,” he added.

At the same time, according to the senator, the coalition represented by Olaf Scholz includes political forces that are not too complimentary to Russia.

“The coalition he represents is quite complex, it also includes the “greens” who demonstrate openly Russophobic positions, especially with regard to the “Nord Stream-2”, “- said Dzhabarov.

On the election of the head of the Social Democratic Party of Germany (SPD) Olaf Scholz became known on the afternoon of December 8. Scholz received 395 out of 736 goals in the Bundestag.

German Ambassador to Russia Geza Andreas von Geir said that despite the difficult relations between Moscow and Berlin, now both sides are sending positive signals of readiness for dialogue.