The Soyuz-2.1a rocket with the Soyuz MS-20 spacecraft and tourists from Japan launched to the ISS 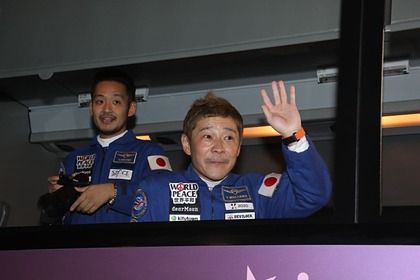 Soyuz MS-20 will also deliver about 162 kg of useful cargo to the ISS, including scientific materials, equipment, hygiene products and food.

In December, RIA Novosti reported that the crew of the Soyuz MS-20 spacecraft, which includes space tourists from Japan, was accompanied by the song “Grass at the House” by the “Earthlings” group, performed in Japanese. As Izvestia wrote at the time, businessman Yusaku Maezawa planned to paint a picture on board the ISS.