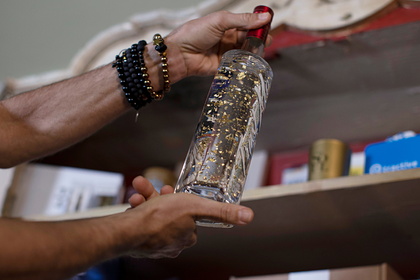 Prices for alcoholic products will rise by the New Year, warned Sergei Chernikov, associate professor of the Faculty of Economics at RUDN in a conversation with the Prime agency.

The economist explained that from January 1, 2022, alcohol excise tax will increase by 4-5 percent. In this regard, manufacturers are already trying to compensate for the expected losses due to the loss of demand.

As an example, he cited vodka, the cost of which, at a minimum price of 230 rubles, is only about 36 rubles. Another 6 rubles is pledged as profit for the manufacturer. The rest, about 190 rubles, is excise, VAT, retail mark-up and transport. “If now the price for a ton of wheat suddenly doubles again, then the cost of the bottle itself will rise by about 9 rubles. At the same time, some producers warned of a 15 percent increase in alcohol prices by the New Year due to the “rise in prices for wheat, from which alcohol is made.”

“If now the price per ton of wheat suddenly doubles again, then the cost the bottle itself will grow by about 9 rubles. But not 30-40, which are announced, “- said Chernikov. According to him, such an increase in prices is due to more subtle factors, including negative expectations.

Earlier, manufacturers and retailers predicted that by the New Year a number of goods in Russia could rise in price by 3-7 percent amid increased demand … According to Ivan Samoilenko, managing partner of the B&C communications agency, first of all, we are talking about products: meat, eggs, milk, cheeses, sausages, vegetables and fruits, fish, sweets and alcohol. In addition, before the holidays, prices will also jump on perfumes, jewelry and cosmetics that Russians buy as gifts.