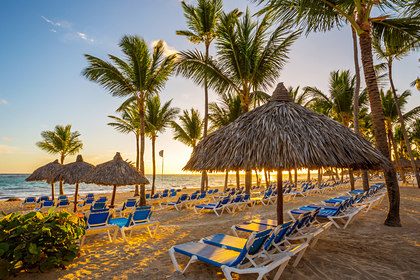 A Russian woman rested in a budget hotel in the Dominican Republic and complained about the behavior of Americans and … Her impressions were published by the portal “Subtleties of Tourism”.

According to the girl, the citizens of the United States and Canada behave like the owners of the island. “In a bar or restaurant, they can easily order without queuing, casting a contemptuous glance at the locals or holidaymakers from other countries,” she said indignantly. At the same time, the traveler added that despite the arrogance and lack of manners, the locals tolerate them because of the generous tips.

In addition, the author noted that due to the hotel's proximity to the capital of the country, Santo Domingo, on During the weekend, residents of the city come to the hotel to “search for love for money” with foreign tourists.

Nevertheless, the girl liked the vacation in general. Separately, she praised the clean beach without garbage and algae, as well as varied food and high-quality alcohol.

“Cocktails are made according to your desire, be sure to ask,” hard “,” light “or” sweet “. Even if you do not speak English, remember these three words, “the Russian woman clarified.

Earlier in November, Rashad Bunyadov, director of the distribution department of the tour operator ANEX Tour, revealed a way to have a cheap vacation in the Dominican Republic. According to him, in case of a limited budget, it is worth paying attention to the hotels of the AMResort chain, which give discounts on accommodation up to 45 percent. To take advantage of the offer, you must book your ticket before December 14.