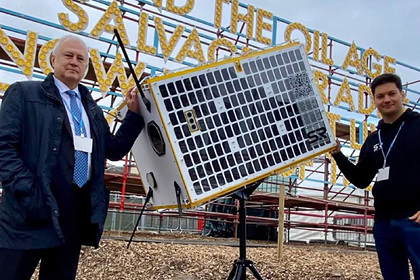 Russian private space company Success Rockets wants to go public within two to three years. She was going to do this through a merger with a SPAC company, said the general director of the enterprise Oleg Mansurov, RIA Novosti reports. “Lenta.ru” ). We are now looking more at European sites. All space companies go through SPAC because they need a lot of funding at an early stage, “he said.

SPAC (special purpose acquisition company) is a special purpose acquisition company that is being set up to merge with a private firm. to put the latter on the stock exchange without an IPO. If the entire unified holding is taken out on the IPO, the capitalization will amount to $ 10 billion, Mansurov said. If only the core (rockets, satellites, software), then about three billion dollars, added the CEO of Success Rockets.

The main activities of the company are the production of ultralight suborbital, orbital rockets, small spacecraft and satellite constellations, as well as analysis and processing of space data.

Earlier, the Ministry of Economic Development developed plans to support technology startups, with the help of which Russia will be able to compete with the American Silicon Valley.