RBC: the authorities will make a decision on QR codes based on data on herd immunity 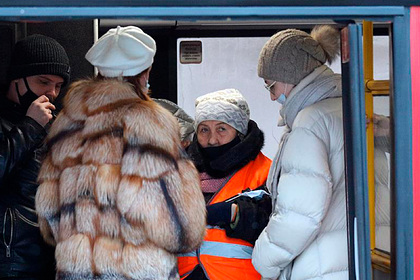 codes for visiting public places and traveling by transport based on the herd immunity data in the country. The conditions for the adoption of the relevant bills, which were previously submitted to the State Duma, were disclosed to RBC by sources familiar with the discussion of the issue.

According to the interlocutors of the publication, the federal center has not yet decided whether it is worth adopting laws on QR codes. the final decision on them will be made on the basis of the further development of the epidemiological situation in the country. In particular, indicators such as the level of herd immunity, the rate of vaccination and the mortality rate among patients with coronavirus will be taken into account.

As one of the sources who takes part in the discussion of these bills said, they are likely to be adopted in all three readings in the State Duma, but their further fate is still unclear. Thus, there is a possibility that they will be rejected at the stage of consideration in the Federation Council or directly upon signing by the president.

In addition, according to the interlocutors of RBC, even if the bills are adopted, a number of amendments can be made to them. In particular, we are talking about providing an opportunity for citizens to receive QR codes based on the presence of antibodies, as well as on the basis of a negative PCR test, and not only during transition periods, but throughout the entire duration of anti-coronavirus restrictions. p>

On November 12, the State Duma introduced draft amendments on the use of QR codes in public places, which confirm the fact of vaccination against COVID-19 or a previous illness. The initiative does not regulate the operation of public transport, pharmacies, grocery stores and retail outlets with essential goods. At the same time, according to the current version of the bill, if the document is adopted, Russians will be able to receive QR codes for a negative PCR test only until February 1, 2022 – after that it is planned to issue electronic documents only to those vaccinated, recovered and those who have a medical withdrawal from vaccination.