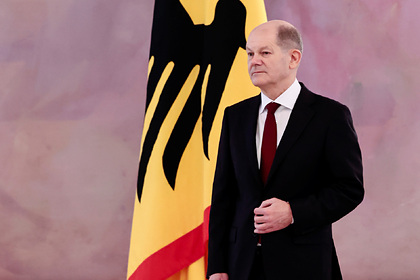 Russian President Vladimir Putin sent a congratulatory telegram to Olaf Scholz on the occasion inauguration of the Federal Chancellor of the Federal Republic of Germany (FRG). The corresponding letter was published on the Kremlin's website.

The Russian leader noted that relations with the FRG are of great importance not only for the peoples of our countries, but for the whole of Europe. He expressed hope for the establishment of a constructive dialogue between states and joint work on topical issues of the bilateral and international agenda.

Earlier, the Kremlin representative Dmitry Peskov expressed hope for constructive relations between the head of state and the new German chancellor. According to him, the authorities also hope that Berlin will continue to proceed from the understanding that there is no alternative to dialogue for resolving the most difficult differences.

The election of the head of the Social Democratic Party of Germany (SPD) Olaf Scholz became known on December 8 … It is noted that he received 395 out of 736 votes in the Bundestag.