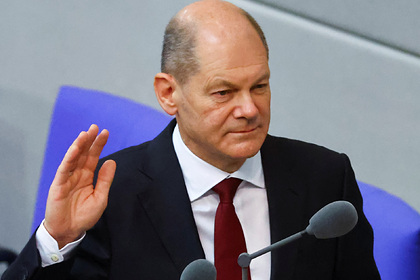 Social Democratic Party Leader Chancellor of the Federal Republic of Germany and took the oath. This is reported by the Deutscher Bundestag.

“I swear to devote my efforts to the good of the German people, to increase its wealth, to protect it from damage, to observe and protect the Basic Law and the laws of the Federation, to fulfill my duties in good faith and to observe justice for to everyone, “Scholz said.

The President of the Bundestag, Berbel Bas, was sworn in. According to the prescription of the Constitution, the oath ends with the words “May God help me”, but the new chancellor decided to omit the final part, as he characterizes himself as a non-religious person.

The election of the head of the SPD Olaf Scholz as the chancellor of the Federal Republic of Germany became known on the 8th day December. He received 395 out of 736 votes in the lower house of parliament in the Bundestag elections.