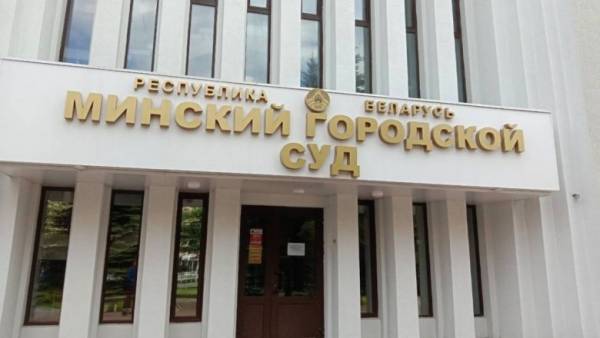 She & nbsp; was finally charged under & nbsp; articles on & nbsp; incitement to hatred, data crime & nbsp; rules & nbsp; ; threats to the & nbsp; address of law enforcement officials, said the chairman of the & nbsp; SK Dmitry Gora.

According to & nbsp; he said, in the near future, the protection of the Russian woman will receive for & nbsp; acquaintance. In addition to the Russian woman, former employees of the telecommunications company Beltelecom are involved in the case. and & nbsp; and & nbsp; a few more people who “ laid out personal data in & nbsp; illegal Telegram channels '', according to the head of the Belarusian IC, quoted by BelTA.

Sofia Sapega was detained in & nbsp; May during & nbsp; during the forced landing of the Ryanair plane together with & nbsp; former editor-in-chief of the Nexta Telegram channel Roman Protasevich. The Russian woman has entered into a pre-trial agreement with the & nbsp; investigation, so she faces a minimum term of six years in prison. The investigation believes that & nbsp; she was in charge of the administration of the Telegram channel Black Book of Belarus, recognized as extremist in & nbsp; Belarus. Since & nbsp; 20 & nbsp; October, the Russian woman has been under house arrest in the & nbsp; apartment of her parents in & nbsp; the city of Lida. The girl's defense said that & nbsp; she could be extradited to & nbsp; Russia only after the verdict. According to BBC sources, the girl in & nbsp; has been in a & nbsp; grave psychological state.