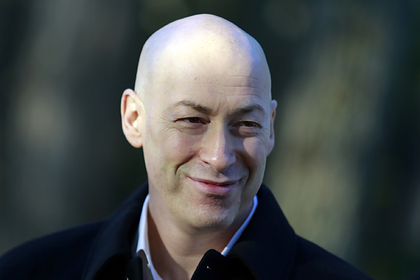 Ukrainian journalist Dmitry Gordon accused Ukrainian President Volodymyr Zelenskyy of he began a campaign to persecute him. He stated this on the air of the program “Hour Golovanov” on the channel “Ukraine 24”. A fragment of the program is available on YouTube.

According to the journalist, Zelensky is unhappy with Gordon's open criticism of the government. However, he noted that he does not understand why he should lie and keep silent about important issues. “Why is our corruption so severe? And I ask questions that hang in the air. But the president was very offended, I know that for sure, “Gordon said.

The journalist is convinced that the head of state has given a command to the tax and special services to check him thoroughly. According to Gordon, work is already underway to search for incriminating evidence on him.

He also said that the secret services handed him documents stating that they had allegedly spent 150 thousand dollars on a campaign to discredit him. “In fact, it makes me proud. I am proud that President Volodymyr Zelensky himself acts as the head of my fan club, “the journalist concluded.

Earlier, Gordon accused Zelensky of dishonesty. In his opinion, the position of the head of state “disintegrated” Zelensky. In addition, Gordon stated that the current president of Ukraine died for him because he did not fulfill a single pre-election promise.