German Ambassador von Geir: relations between Berlin and Moscow are complicated, but there are positive signals 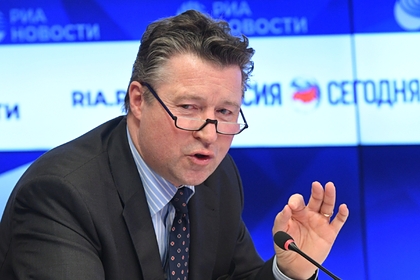 Despite the fact that relations between Berlin and Moscow complex at the moment, both sides emanate positive signals of readiness for dialogue. This was stated by the German Ambassador to Russia Geza Andreas von Geir, RIA Novosti reports.

The diplomat stressed that disagreements remain in relations between Germany and the Russian Federation. He noted that the governments of the two countries adhere to different positions on a number of important political issues, and it will take a lot of time to find a common point of view.

“But at the same time, both in Moscow and in Berlin, I hear signals indicating openness and readiness to discuss global problems and challenges, develop joint approaches, which is already being carried out, ”the ambassador said. According to him, on the German side, this readiness is reflected in the new coalition agreement.

Earlier it became known that the head of the Social Democratic Party of Germany (SPD) Olaf Scholz was officially elected the new chancellor of Germany. The politician received the majority of votes in his favor – 395 votes – among the deputies of the lower house of parliament. Thus, the 16-year period of the reign of Angela Merkel ended in the country.