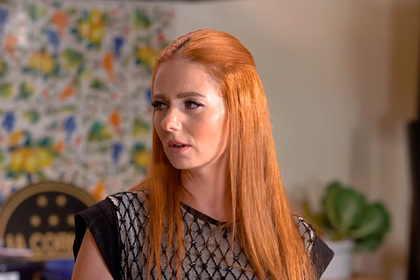 Ex-soloist of the Russian group Tatu Lena Katina said that she spent the first royalties on a car and real estate. The singer shared the details in the show of gymnast and TV presenter Lyaysan Utyasheva, the release of which was published on YouTube.

The artist saved up funds and made large purchases at the age of 18. She noted that she spent the money wisely – on a car and an apartment, and not on expensive clothes. During the conversation, Utyasheva shared her experience, saying that she bought her own home at the age of 15.

At the moment, Katina dreams of buying more real estate and completing major repairs in the existing housing. At the time of work, the singer and her child settled with their parents. According to the artist, repairs cost a pretty penny, she spent about 2.5 million rubles on it. Katina noted that the rough work is coming to an end, and praised the team of workers.

Earlier, the Ukrainian singer and former lead singer of the group “VIA Gra” Anna Sedokova told about her real estate. During the pandemic, the artist issued a mortgage for two apartments in Moscow and considered the incident an excellent investment.