Crimean Parliament Speaker Konstantinov: the summit of Putin and Biden was a breakthrough 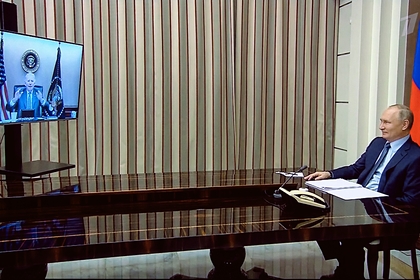 The summit of Russian President Vladimir Putin and American leader Joe Biden , For the first time in ten years, the United States “retreated and gave back.” This is how the speaker of the Crimean parliament Vladimir Konstantinov reacted to the event, writes RIA Novosti.

The head of parliament drew attention to the disappearance of aggression, which the Americans “pumped up the information space on the eve of the dialogue.” He described Biden's behavior with the phrase “as if disguised as a peacemaker.”

The Speaker of the Parliament added that the United States has demonstrated its readiness to take into account Russia's national interests. “He (Biden – approx.” Lenta.ru “) does not break into categorical denial when our president denotes” red lines “in Ukraine,” concluded Konstantinov.

Earlier the topics of the past summit of the presidents of the countries were announced. Biden reported on the concern of the United States and European allies about the build-up of Russian forces near Ukraine's borders. In addition, at the meeting they talked about strategic stability and cyber security. Another area of ​​conversation was “regional topics, for example, Iran,” added in Washington.

The Russian leader contacted the American president from his residence in Sochi on December 7. The presidential talks marked the fifth since Biden took office.