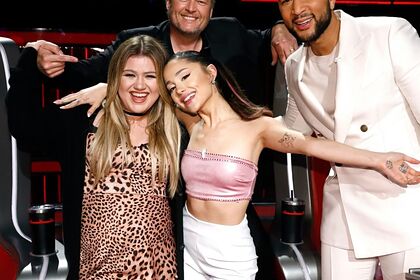 Popular pop singer Ariana Grande the iconic image of singer Britney Spears from the 1990s. The corresponding photo appeared on the Instagram account of the American version of the show “The Voice.” She also wore small earrings and chunky heeled boots. The footage shows that the star's hair is pulled back and her face is wearing nude makeup.

Spears is known to have performed in a similar outfit at concerts during the 1999 Baby One More Time music tour. -m year. At the moment, the singer has not publicly reacted to Grande's attempt to repeat her image.

In December 2020, Gwen Stefani repeated her iconic outfit from the 1990s video for the new solo single Let Me Reintroduce Myself. The star was captured in a cropped white T-shirt with red and blue piping in the neckline, blue trousers with a stripe and a black belt and white high heels.