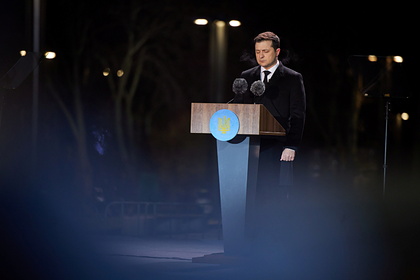 sovereignty “of Ukraine over Crimea during a telephone conversation. This was reported in the American State Department, RIA Novosti reports.

“Blinken stressed his unwavering support for Ukrainian sovereignty, independence and territorial integrity in the face of Russian aggression,” the department said. It is also indicated that the conversation took place before the virtual summit of the leaders of Russia and the United States.

The statement says that Blinken and Zelensky agreed on the need for a peaceful and diplomatic resolution of the conflict in Donbass, as well as “the full restoration of Ukraine's sovereignty over the international recognized borders, including Crimea. ”