Savills: in 2021 more than 1.4 thousand premium apartments and apartments were sold in Moscow 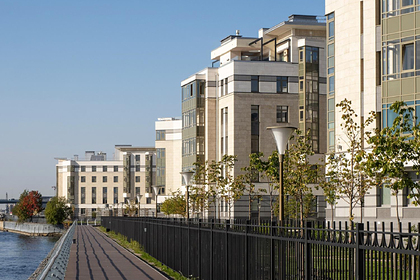 In 2021, 1, 43 thousand premium apartments and apartments. The total cost of expensive housing purchased by unknown persons amounted to 202 billion rubles, follows from the materials of the real estate agency Savills, provided by “Lente.ru”.

These are transactions concluded by buyers with budgets of one million dollars, analysts said. Of the 202 billion spent funds, about 128 billion fell on the primary housing market.

According to Savills, the cost of an elite square meter in Moscow increased by 20 percent over the year, from 765 thousand to 920 thousand rubles. The average transaction budget increased by 14 percent to 141 million rubles. “However, such a strong rise in prices does not restrain the interest of buyers of elite real estate,” experts emphasize.

The only indicator with negative dynamics in the elite housing market is the average lot size, they state. “We continue to note the downward trend in the average area of ​​purchased luxury apartments (…), buyers are choosing more and more compact housing options, giving preference to the functionality of premises and projects. The fashion for large areas has passed, “- said in the materials provided. Over the year, the average area of ​​the sold premium lot has decreased by five percent, to 154 square meters.

Earlier it became known that Moscow entered the top five cities in the world with rapidly rising prices for housing for the rich. The first place in the rating was taken by Miami, the second – Seoul, the third – Shanghai, the fourth – the Russian capital, the fifth – Toronto.