FP: Ukrainian Defense Minister Reznikov asked the US for weapons intended for Afghanistan 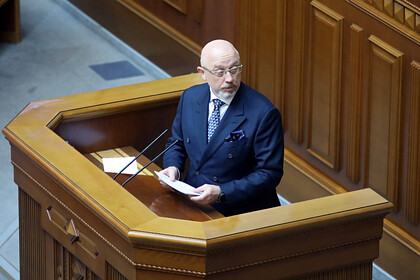 the supply of weapons, including through the weapons systems that the United States intended for supplies to Afghanistan. Foreign Policy writes about this.

“The detailed list of weapons, which was first presented by Reznikov to Austin in mid-November, and which was not previously reported in detail, included means for air, naval defense and electronic warfare.” the publication says.

The publication, referring to a representative of the Ministry of Defense of Ukraine, notes that Kiev intended to receive part of the equipment that was planned to be sent to Afghanistan before the Taliban came to power there ( the terrorist organization is prohibited in Russia ). We are talking about US-owned Mi-17 helicopters and ammunition.

Foreign Policy writes that the administration of US President Joe Biden is considering options to strengthen the armed forces of Ukraine in the event of an allegedly possible Russian invasion, including through the supply of weapons. not included in the list of Defense Minister Reznikov.

Earlier it became known that Pentagon spokesman John Kirby doubted that the allegedly planned Russian invasion of Ukraine is inevitable. However, he added that Washington is concerned about the growth in the number of Russian troops near the border with Ukraine, without any information about their intentions.