White House: video call between leaders Biden and Putin is scheduled for 18:00 Moscow time on December 7 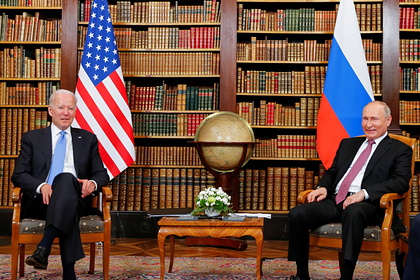 The White House revealed the time of the video call and the United States of Vladimir Putin and Joe Biden. It is scheduled for 18:00 Moscow time on December 7, TASS reports with reference to the schedule distributed by the American administration.

It is noted that the video call of the leaders of the two countries will take place in a closed mode for the press. In addition, it is reported that before the conversation with Putin, Biden is scheduled only for a daily reconnaissance briefing. There are no other plans for December 7 in the schedule of the US President.

Earlier it was reported that Biden will talk with his Ukrainian counterpart Volodymyr Zelensky after negotiations with Putin. The American leader will hold consultations with his colleague and report on the results of the conversation with the Russian president.

On December 6, US Secretary of State Anthony Blinken held talks with Zelensky. The parties agreed to continue to act “jointly and in a coordinated manner.”

Talks between Vladimir Putin and Joe Biden will take place on the evening of December 7. They will be held in secure video communication mode. The leaders themselves will appoint a convenient time for the conversation. The presidents are expected to discuss tensions around Ukraine and NATO's advance towards Russia's borders.