Chumakov, a virologist at the Russian Academy of Sciences, believes that the omicron coronavirus strain can be a live vaccine 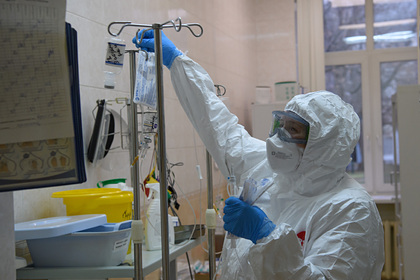 Russians who flew from South Africa can become a live vaccine, because it has a reduced pathogenicity. This was stated by Pyotr Chumakov, a virologist, Corresponding Member of the Russian Academy of Sciences, Head of the Cell Proliferation Laboratory at the Engelgardt Institute of Molecular Biology, reports Ura.ru.

the second phase of evolution. It has become less pathogenic, but at the same time more infectious, which is also good, “said the virologist.

Chumakov explained that people who will be infected with the new strain will become resistant to disease-causing variants. In addition, the specialist suggested that after the appearance of the new version there will be no more lockdowns.

Rospotrebnadzor confirmed the first cases of the omicron strain in Russia on Monday, December 6. It was found on two Russians who flew in from South Africa. In addition, strains of coronavirus in 10 more tourists, whose PCR tests were positive, are still being determined.

The World Health Organization does not exclude that omicron is able to displace other strains, and in the near future half of patients in Europe will be infected with this particular variant. Cases of infection with the new variant of the virus have been recorded in at least 38 countries around the world.