WSJ: military conflicts in Ukraine, Taiwan and Iran could become a “drama” for the United States 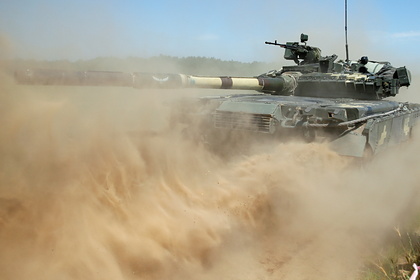 The Wall Street Journal columnist Gerald Seib warned of the growing risk of the outbreak of three military conflicts that could become a “drama” for the United States. He wrote about this in his article for the WSJ.

According to him, the United States and its allies are now going through a dangerous moment – perhaps even more dangerous than many Americans think. So, among the likely conflicts, he named Russia's “invasion” of Ukraine. As an argument, he cited the concentration of Russian troops on the border with the country.

The second hot spot could be Taiwan, the author noted. He stressed that Chinese leader Xi Jinping has clearly signaled his intention to take control of Taiwan while in power.

In addition, the observer said that a third possible conflict could arise if negotiations on the Iranian nuclear deal break down. In his opinion, Tehran intends to reach at least the nuclear threshold, while the United States can come to terms with Iran's nuclear status, but Israel cannot take such a step. “And this means that the prospect of military action is becoming more acute every day,” Seib summed up.

Earlier, a military expert, editor of the magazine “Arsenal of the Fatherland” Alexei Leonkov named the factors that, in his opinion, keep President of Ukraine Volodymyr Zelensky from unleashing a war with Russia. The specialist noted that the United States is currently not ready to give up its interests in Ukraine, however, they also do not intend to fight with Russia, on the basis of which Washington does not command Zelensky to enter into direct conflict with Moscow. In addition, he stressed that Kiev also understands that in the event of their full-scale aggression against the Donbass, Russia will not stand aside.