Source: the shooting in the Moscow MFC could have happened due to problems with charges 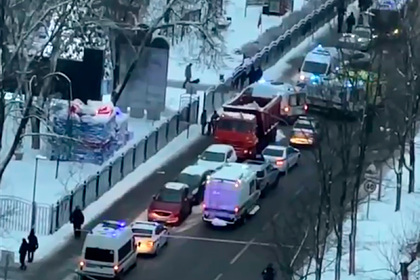 Novokuzminskaya Street in the afternoon on December 7, according to preliminary data, could have happened due to problems with charges. The details of the conflict were disclosed to Lente.ru by a law enforcement source.

Now an investigative-operational group and the head of the State Investigative Committee of the Investigative Committee of Russia (TFR) in Moscow are working on the spot. A criminal case has been initiated under the article of the Criminal Code of the Russian Federation “Murder of two or more persons.” Three more people were injured, including one child of ten years old. The shooting, according to the source of the Telegram channel “112”, was opened by 45-year-old Sergei Glazov. Moscow Mayor Sergei Sobyanin said that the attacker was detained.