“Interfax”: there were no explosives in the bag of the shooter who killed two people in the MFC 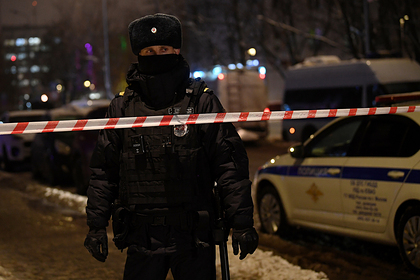 the shooting at the MFC Moscow did not turn out to be. An informed source denied the presence of dangerous items in the bag to Interfax.

According to the newspaper, after the report on the discovery of a bag with wires at the scene of the shooting, which supposedly belongs to the shooter, sappers arrived at the scene. After checking, it turned out that there were no explosives in the bag.

Earlier on December 7, a 45-year-old visitor to the MFC on Ryazansky Prospekt opened fire from a pistol at visitors and staff. As a result, two people died from the received wounds, several more, including a ten-year-old girl, were injured. The gunman was detained by the police. Investigators of the UK opened a criminal investigation into the murder. After the arrest, the offender behaved inappropriately, aggressively and actively resisted. He will have to undergo psychiatric and narcological examination.