Tutu.ru: the ninth round of the competition for the most unusual art object will last until December 13 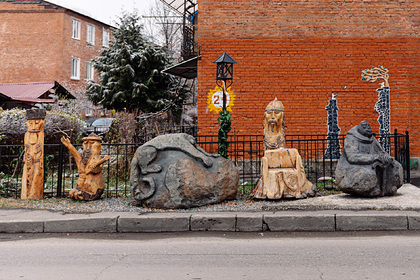 The ninth round of the All-Russian competition for the most unusual folk art object “Tutu Art” – the next stage of the competition will last from December 7 to 13. You can vote for participants on the official website. This became known from the press release of the online service “Tutu.ru”, received by the editorial office of “Lenta.ru”.

Nine objects located in different regions of the Caucasus will compete for reaching the final. Among them are Leotavr made of tires (Krasnodar Territory), a planetarium with pots (Republic of Adygea), a spinning house (Karachay-Cherkess Republic), sculptures on the streets (Republic of North Ossetia), the house of Murad Polonkoev (Republic of Ingushetia), an ancient village on a stump (Republic Dagestan), a playground (Republic of Kalmykia), a garden of fancy stones (Kabardino-Balkarian Republic) and Vainakh tower (Chechen Republic).

A total of 85 unusual art objects participate in the competition, one from each region of Russia … They were divided into 10 rounds of eight and nine participants each. The winner of the competition will be announced on January 24, 2022.

Earlier, on December 1, the organizers of the competition announced the winner of the eighth round of the competition – they were masterpieces made of plastic waste in the Penza region. A resident of the village of Lipovka, Penza Region, Nikolai Maksin, created exotic palm trees, a mill, swans, and other fairy-tale characters and animals from caps, bottles and other plastic parts.