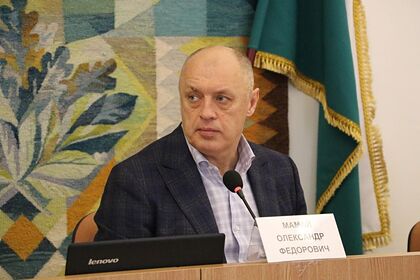 Mayor of the Ukrainian city of Poltava Alexander Mamay after making statements about the war in Donbass got into the database of the site “Peacemaker”, the creators of which publish the personal data of separatists, pro-Russian activists and “agents of the Kremlin.” Information about this appeared on the website of the project.

Mamai was added to the base of “Peacemaker” as “an accomplice of terrorists and Russian invaders.” On the website he is accused of “spreading Kremlin propaganda”, as well as participating in “acts of humanitarian aggression against Ukraine” and “propaganda activities of Russia.”

Related materials00: 02 – October 7 ” The crisis will come by spring “Zelensky gets rid of political competitors. Why won't this help him to retain power? 00:01 – December 3

“Ukraine always shoots itself in the leg” conflict between Moscow and Kiev?

In addition, the database indicates that in the past the mayor of Poltava was a supporter of the fourth president of Ukraine, Viktor Yanukovych, and was a member of the Party of Regions.

Earlier, Mamai said in an interview that the conflict in Donbass is a war “between brothers” and at the same time a confrontation between Russia and the United States. At the same time, he complained about the harm of economic sanctions imposed by Ukraine after 2014.

Prior to that, a 12-year-old girl from the self-proclaimed Luhansk People's Republic (LPR) Faina Savenkova, who turned to the President of France Emmanuel Macron because of the situation in Donbass. According to the authors of the project, she turned out to be “a victim of psychological violence and Russian-terrorist propaganda.”