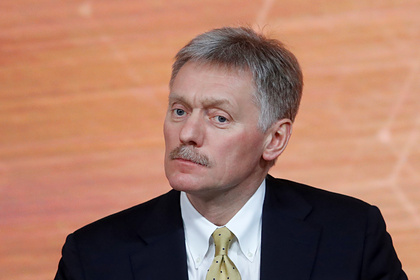 the introduction of new sanctions, about which the foreign media wrote. This was stated by the press secretary of the President of Russia Dmitry Peskov, reports TASS.

“We do not know whether this is a duck or someone's purposeful drain. So I wouldn't react to that. A lot of everything, both true and false, is being published now, “Peskov explained.

The Kremlin official also noted that the American side is addicted to such sanctions exercises and its predictability in this sense leaves much to be desired.

Earlier, Bloomberg, citing sources, reported that the United States and the European Union are considering the possibility of imposing sanctions, which include restrictions on currency exchange if Russia “attacks” Ukraine. Restrictions may affect the largest banks of the Russian Federation and the Russian Direct Investment Fund.

On December 6, the American television channel CNN, citing anonymous sources, said that the United States wanted to introduce a new package of sanctions against Russia. The project includes a “nuclear option” – disconnecting Russia from the international payment system SWIFT. In the spring of 2021, the European Parliament adopted a non-binding resolution according to which these measures will be adopted in the event of a Russian invasion of Ukraine.