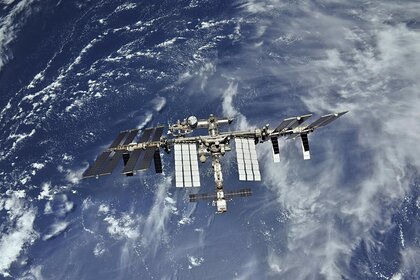 canvas in a special box, as well as fix the mixing of paints and water in zero gravity, Izvestia writes.

On Wednesday, December 8, two Japanese space tourists, businessman Yusaku Maezawa and producer Yozo Hirano, will go into space on the Soyuz MS-20 spacecraft. The crew will also include Russian cosmonaut Alexander Misurkin. They are expected to spend 12 days in space, do a series of experiments and return to Earth on Monday, December 20.

According to Space Adventures project manager Denis Shapiro, Maezawa is fond of collecting paintings, so he plans to paint in space picture. “He will have a special box, which is necessary so that the watercolors from the tubes do not scatter in zero gravity,” the expert explained. The plot of the work is still unknown.

The second experiment is devoted to mixing paints with water. In zero gravity, the water is collected in balls, the Japanese will add acrylic paints there and will be able to record observations.

“The picture may be of considerable value. Art is now in general “on the hype” and attracts wealthy people, “suggested Georgy Altman, founder and co-owner of Altmans Gallery.

Pictures have already been painted in space, but by different methods. For example, Alexey Leonov, who first went into outer space, depicted with pencils. Space tourist Richard Garriott drew by squeezing paint and grabbing it with paper.

Prior to that, the film crew consisting of cosmonaut Oleg Novitsky, actress Yulia Peresild and director Klim Shipenko filmed the film “Challenge” on the ISS and returned home safely.