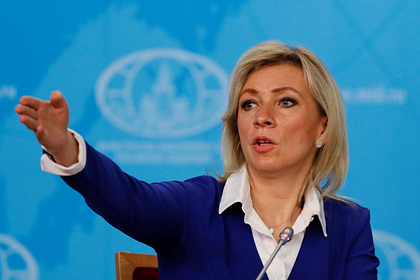 about the possible evacuation of US citizens from Ukraine. She wrote about this in her Telegram channel.

According to her, Washington has carried out another stuffing of information on the topic of Russia's “invasion” of Ukraine. “But rather, the release of fake garbage,” the Russian diplomat noted.

In addition, Zakharova stressed that “passions for Ukraine” are gaining momentum, raising unhealthy fantasies about “Russian aggression” to the level of a seizure. p>

Earlier, CNN reported that official Washington is preparing to evacuate US citizens from Ukraine in the event of a Russian invasion. This plan is being developed by the Pentagon. In addition, the administration of US President Joe Biden is briefing Congress on how the US authorities are preparing for a potential invasion.