Senator Dzhabarov: Ukraine's problem lies in the failure to comply with the Minsk agreements 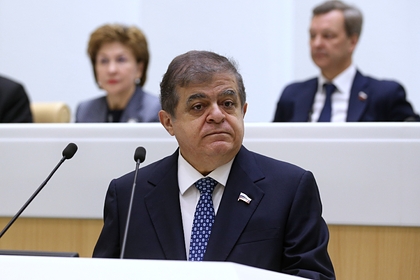 Great Britain, Italy, the United States, France and Germany are hypocritical, because they know that the problem of the Ukrainian authorities is the failure to comply with the Minsk agreements. This is how he assessed the West's call to Russia for de-escalation on the border with Ukraine, Izvestia writes.

“If Ukraine began to fulfill them, the tension in this region would have come to naught long ago,” Jabarov stressed.

According to him, Western countries should pay attention to the demonstrative maneuvers of the Ukrainian army, which is moving troops. At the same time, the senator noted that Russia is silently observing this from the outside. According to the politician, the words of the leaders of the five countries are hypocritical, based only on the so-called Atlantic solidarity, Jabarov concluded.

Earlier, Western leaders agreed to talk with each other after talks between Russian Presidents Vladimir Putin and the United States, Joe Biden on December 7. In addition, they called for the resumption of negotiations between Moscow and Kiev in the “Normandy format.” conflict with Ukraine. According to her, the American leader intends to discuss his actions with allies.