DPR Deputy Head of the People's Militia Basurin: after the conversation between Putin and Biden, we are waiting for peace 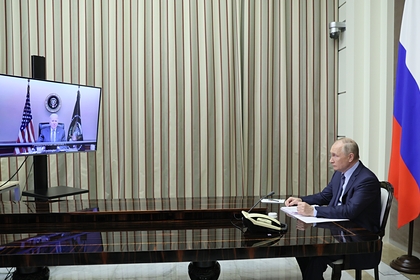 Deputy Head of the DPR People's Militia Basurin spoke about the expectations from the talks between the presidents of Russia and the United States, Vladimir Putin and Joe Biden, on the Russia 24 TV channel, TASS reports.

“We, of course, expect peace to come,” Basurin said. According to him, if it so wishes, the United States can prevent bloodshed in Donbass, and then the civil war in Ukraine will end. At the same time, he stressed that the development of future events and whether the United States wants peace or escalation will become clear a few days after the presidents' conversation.

The talks between Vladimir Putin and Joe Biden were held on December 7 via a special video link. In particular, the American leader voiced the concern of the United States and European allies with the buildup of Russian forces near the borders of Ukraine and made it clear that they would respond with decisive economic and other measures in the event of a military escalation.

In addition, the summit raised the topic of strategic stability and cybersecurity. Another area of ​​conversation was “regional topics, such as Iran,” noted in Washington.