Deputy Prime Minister Abramchenko: a ban on disposable plastic dishes will be introduced from 2023 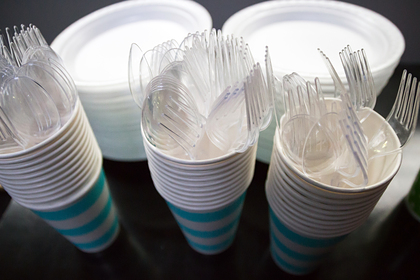 will be introduced in Russia from the beginning of 2023. This date was named by the Deputy Prime Minister of Russia Viktoria Abramchenko, TASS reports.

“We are still talking about the ban on, for example, disposable tableware or non-recyclable colored plastic, that is, nothing has changed here “, – said Abramchenko.

The list of 28 disposable plastic goods that should be banned in the country was previously prepared by the Russian Ecological Operator (REO). The restrictions may include, including straws and lids from glasses, coffee capsules, cotton swabs, plastic glasses and plates.

Abramchenko also announced another initiative in the field of ecology – an experiment to limit CO2 emissions into the atmosphere in certain regions of Russia. The implementation of measures to protect the environment can begin in the Sakhalin Oblast as early as 2022. According to Abramchenko's forecasts, the region will reach carbon neutrality by 2025.

Russian President Vladimir Putin announced that Russia will reach carbon neutrality by 2060. In November, the government released a plan to achieve such an ambitious target with strong economic growth. World Bank experts advise Russia to accelerate the energy transition and introduce carbon pricing. Analysts predict that without appropriate measures, the Russian economy may face risks.