Baza: 10-year-old Sofia, injured during the shooting at the MFC, left the children's room to drink 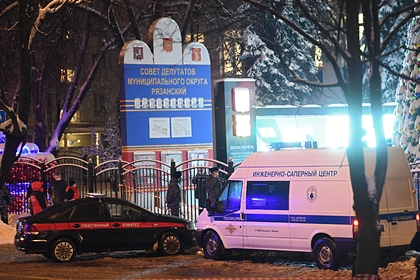 10-year-old Sofia, injured as a result of the shooting in the Moscow multifunctional center (MFC), she accidentally ended up at the scene of the incident. The circumstances of the incident were disclosed by the Baza edition.

According to him, the minor came to the MFC with his parents: the mother went up to the second floor on business, and the father went with the child to the nursery.

At some point, the girl became thirsty and went to the cooler – at that very moment, 45-year-old Sergei Glazov also entered the room, he took out a weapon and shot at an employee of the center. Then, according to Sofia, he aimed the muzzle at her and pulled the trigger: the bullet touched her tangentially.

As a result, the child was able to escape and return to his father, subsequently they were evacuated. The injured girl was taken to the Morozovskaya children's hospital, doctors performed an operation on her. Sophia's life is currently not in danger.

The shooting at the MFC on 1st Novokuzminskaya Street became known on Tuesday, December 7. According to preliminary information, Glazov came into conflict with the center guard over a mask, and then took out a weapon and opened fire. According to the latest information provided by the Deputy Mayor of Moscow Anastasia Rakova, as a result of the incident, two people died, four, including a 10-year-old child, were injured.