Shvydkoi: the case on the return of Scythian gold to Crimea will go to the Supreme Court of the Netherlands 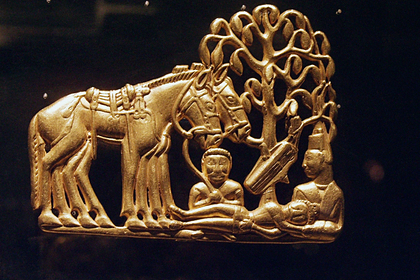 to the Supreme Court of the Netherlands. RIA Novosti was told about this by Mikhail Shvydkoi, the special representative of the President of the Russian Federation for international cultural cooperation.

According to him, the situation is extremely simple, and the same parties will participate in the proceedings – the Allard Pearson Museum, the Crimean Museum and Ukraine. “We believe that this should be resolved at the inter-museum level, and from our point of view, only in this case we have a chance,” he said.

Shvydkoi added that the transfer of the case will take place “most likely, as early as next year. ” court.

On October 26, the Amsterdam Court of Appeal ruled that the ancient gold of the Scythians belongs to Ukraine and should be transferred to Kiev. In an explanation of her decision, Judge Paulina Hofmeier-Rütten noted that although gold was found in Crimea, it has been part of Ukraine's legacy since the republic became independent in 1991.