The Swiss government will send 2.5 thousand soldiers to help the health authorities 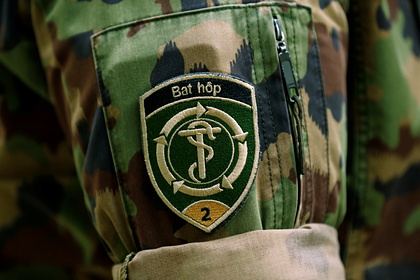 military to help cantons care for COVID-19 patients. This was reported by RIA Novosti with reference to a statement from the authorities.

“Almost a miracle happened” Coronavirus disappeared in Japan. When this happens in Russia – the biologist answers 00:01 – December 1

“There is reason for panic” What is dangerous about the new strain of coronavirus and what to expect from omicron to Russians? Biologist answers

Such measures were taken due to the large number of cases of coronavirus infection. The authorities believe that public health authorities in the cantons may soon reach their limits.

The Federal Council will send military personnel to help organize vaccinations, transport patients and care for the sick. The decision to organize military support must be approved by the Swiss parliament.

Since the beginning of the coronavirus pandemic, Switzerland has recorded more than a million people infected with COVID-19. More than 11 thousand people have died from the virus. It also became known about three cases of infection with a new omicron-strain, which the WHO recognized as “causing concern.”

On November 11, South Africa identified a strain under the code B.1.1.529, which was named the Greek letter omicron. The country's health minister said that the new option is easily tolerated by vaccinated patients, however, according to some reports, it can bypass the immunity of those who have recovered from other strains. The new strain has been recorded in a number of countries in Africa, Australia, Brazil, India, the United States, the United Arab Emirates, Saudi Arabia and several European countries. Earlier it became known that the omicron-strain was also detected in two Russians who arrived from South Africa.