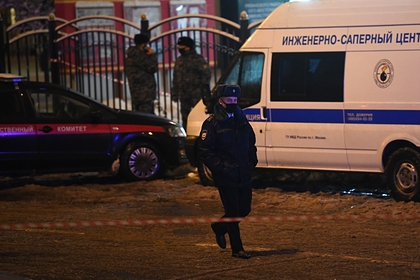 MFC “Ryazansky”. He wrote about this on his Twitter.

“Real heroes”, – said the mayor. He noted that the deceased security officer Alexei Ruzlev closed the visitors from the killer with his chest, and Senior Lieutenant Georgy Domolaev, alone and without a weapon, managed to detain the criminal.

The shooting at the MFC became known earlier on Tuesday, December 7. The attacker was detained, it turned out to be 45-year-old Sergei Glazov. According to preliminary data, he refused to put on a mask and came into conflict with the center guard, and subsequently took out a weapon and started shooting. As a result, two people died, three were injured