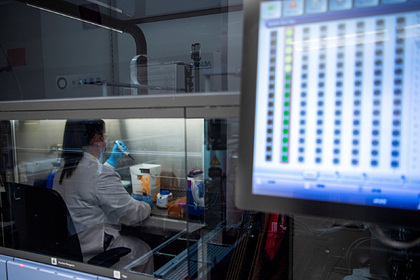 According to a mathematical model built by an international group of scientists, the omicron- the COVID-19 strain is spreading twice as fast as the delta variant. This was reported by the news portal News24 with reference to an expert group led by Carl Pearson from the London School of Hygiene and Tropical Medicine at the University of London.

Related materials00: 01 – November 25 ” Almost a miracle happened “Coronavirus disappeared in Japan. When this happens in Russia – the biologist answers 00:01 – December 1

“There is reason for panic” What is the danger of the new strain of coronavirus and what can Russians expect from the omicron? Biologist answers

The results obtained confirmed the early hypothesis of a faster transmission of the virus from person to person. However, it is still unclear what exactly the rate of spread is connected with: with the increased infectivity of a new strain of coronavirus or with its ability to evade an immune response.

Scientists urged colleagues around the world to use the information received to better prepare for the increase in the number of coronavirus infections.

Earlier in Britain, a geneticist from University College London, François Ballou, said that every day about thousands of people, which is significantly higher than the statistics. The number of cases doubles every three to four days and accounts for about one percent of all infections per day. The scientist noted that this is not an exact figure, but he believes that it is “not far from the truth.”

On November 11, a strain was identified in South Africa under the code B.1.1.529, which was named the Greek letter omicron. The country's health minister said that the new option is easily tolerated by vaccinated patients, however, according to some reports, it can bypass the immunity of those who have recovered from other strains. The new strain has been recorded in a number of countries in Africa, Australia, Brazil, India, the United States, the United Arab Emirates, Saudi Arabia and several European countries. Earlier it became known that the omicron strain was also detected in two Russians who arrived from South Africa.