Otkritie Bank: 45 percent of Russians did not take and do not intend to take out a loan to buy housing 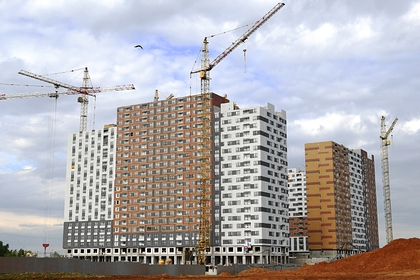 Almost half (45 percent) of Russians did not take and do not intend to take a loan for the purchase of housing, showed a survey conducted by the bank “Otkrytie” and the insurance company “Rosgosstrakh” (the results are at the disposal of “Lenta.ru”).

In the course of the study, 20 percent of citizens stated that they have a valid mortgage loan. Another 11 percent have already paid off the mortgage, 23 percent said they are ready to take it.

Russians massively renounced digital mortgages – more than 60 percent of respondents noted that they do not want to apply for such a loan remotely. 33 percent are ready to try taking out a mortgage without visiting the bank. Most of the supporters of digital mortgages are in the Southern Federal District (40 percent) and the Volga region (38 percent).

Russians also named the main advantages of digital mortgages: first of all, there is no need to go to the bank (34 percent of survey participants chose this answer), convenience and speed (25 percent). 12 percent said that it would be good to issue all loans online. 49 percent do not believe that a digital mortgage is better than a conventional one.

The main disadvantage of digital mortgages, according to citizens, is insecurity (it is supposedly safer to take a loan for a large amount and for a long term at a bank office).

< p> Earlier it was reported that at the end of October 2021, the average mortgage term in Russia increased by 4.1 months, to a record 250.9 months. The average rate on housing loans in the country last month fell by 0.03 percentage points, to 7.7 percent, Central Bank analysts calculated.