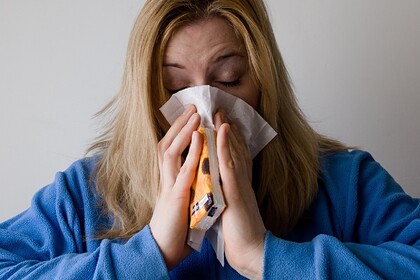 the incidence of influenza and ARVI. Epidemic thresholds have been exceeded in all of them, RIA Novosti reports with reference to the press service of the department.

“In the 48th week of 2021 (November 29 – December 5), the level of acute respiratory viral infections increased compared to the previous (47th) week. The number of Russian regions with an excess of the epidemic thresholds for influenza and ARVI in the total population has increased by 10, ”experts warned.

The department stressed that Russians have become more sick with influenza and ARVI in 54 regions of the country. Exceeding weekly morbidity thresholds is observed among adults and adolescents.

Earlier, Rospotrebnadzor disclosed the proportion of Russians vaccinated against influenza. More than 54.9 million citizens, or 37.6 percent of the country's population, have been vaccinated this season. As of November 30, the epidemic thresholds for the incidence of influenza and ARVI were exceeded in 46 constituent entities of Russia.