TFR: in Moscow, a girl jumped out of a fourth floor window, fleeing a rapist 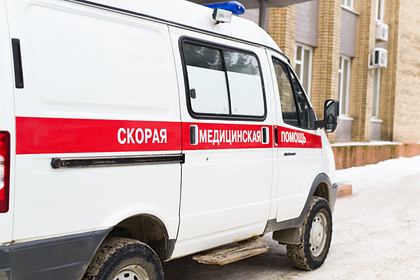 the rapist who wanted to kill her. This was reported to Lente.ru on Tuesday, December 7, by the representative of the Investigative Committee of Russia (TFR) in Moscow, Yulia Ivanova.

According to the agency, on the night of December 7, in one of the apartments in Moscow, a man beat a girl and raped … After that, the criminal wanted to kill her. The girl jumped out of the window, but this did not stop the man: he went downstairs and tried to kill her with a sharp object, after which he disappeared, believing that the victim was dead.

It turned out that the victim survived. Eyewitnesses called an ambulance, now the girl is in serious condition in the hospital. They are looking for the rapist, the investigation has opened two criminal cases – rape and attempted murder.

Earlier it was reported that the Russian was sentenced to 20 years for the murder of two women in the Irkutsk region. Prior to that, he had already served time for rape. The killer told investigators that he was motivated by the desire to rape, and that he had to kill the women to cover up the crimes.