In Dagestan, a 22-year-old tourist went to the abandoned village of Amuzgi and got stuck in the mountains 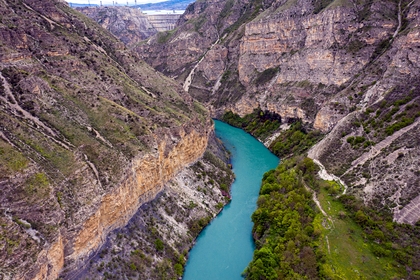 Russian went to Dagestan and got stuck in the mountains thanks to his own ingenuity – the tourist was able to set fire to spare socks. KP.RU writes about this.

Thus, a 22-year-old resident of Bratsk, Mark Bazilevich, came to the republic with his friends. One day the company decided to look at the abandoned village of Amuzgi in the Dakhadayevsky district. However, on the way, the traveler separated from the rest of the group, making stops for the sake of photographs.

“I think, well, where I get lost, here is one path. But when the guys left and I went to catch up with them, I noticed that the paths diverge in two directions. Of course, I stomped on the wrong one, ”the young man said.

Two hours passed, but Bazilevich still could not catch up with his friends, and his cellular connection periodically disappeared. Then the traveler decided to go back, but on the way he strayed from the route he had already overcome.

Polygamy , strict traditions and kindness. What surprised the Russians by the trip to Dagestan00: 01 – May 28, 2020“I was buried alive” The tourist went to the mountains alone and almost died in a snowstorm. How did she manage to survive?

According to him, by the evening the air temperature dropped to minus five degrees, it started raining with snow. “I didn't have water, I drank from the river. By the way, I still had to wade through it. He walked barefoot on the water so as not to wet his socks and sneakers, “the tourist added.

Bazilevich's friends, who returned to the village, turned to the police. Soon the Ministry of Internal Affairs organized a search group, which managed to get through to the missing person. To attract the attention of rescuers, the tourist climbed a hill and set fire to spare socks with a lighter. “My improvisation worked. I was saved, “the traveler concluded.

Earlier in November, a group of 30 climbers climbed the Orizaba volcano in Mexico to bring down a stray dog. The dog named Canelo managed to spend about a month at the peak of the mountain, despite the low temperatures and snow. In order to save the animal from the cold and safely lower it down, climbers took turns carrying the dog in a backpack.