Skoltech professor Bazykin: the omicron strain could appear when a virus mutated in the body 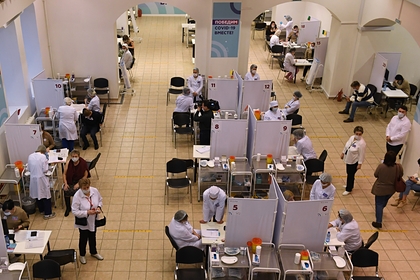 Russian Skoltech professor Georgy Bazykin told version of the emergence of the omicron-strain.

According to the expert, it is hardly possible to reliably know where the omicron-strain came from, but the most probable hypothesis is that it could appear with the mutation of the original virus in a patient with a long postcoid. He stated that a new variant of the coronavirus could be in a long-term COVID-19 patient with a suppressed immune system. “There are a lot of such patients now known. Perhaps there was some person with suppressed immunity who was sick for a long time, “Bazykin said.

So, the virus in the patient's body for a long time has accumulated many mutations that allow one to survive in a situation of suppressed immunity and after that “Jumped into the general population.” “But this is a hypothesis, with a high degree of probability we will never know how it was,” Bazykin said.

He noted that the virus lineage accumulated mutations for many months and was not detected by scientists. According to the interlocutor of the agency, it is difficult to imagine that this thread was passed from one person to another. “Perhaps she was hiding in some animals, and then“ jumped ”into some kind of animals, and then back to humans, accumulating a number of mutations,” the scientist concluded.

On December 6, Rospotrebnadzor confirmed the first cases of omicron-strain in Russia. The virus was found in two citizens who flew in from South Africa. These are the first officially reported cases of the new strain in the country.