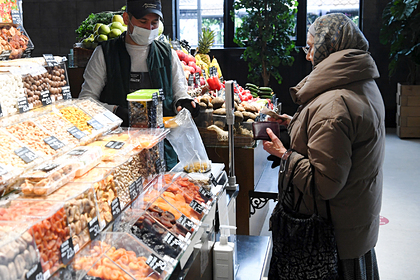 The Russian Ministry of Labor is working out proposals for additional compensation for high inflation for pensioners. The head of the department, Anton Kotyakov, promised to compensate for the too high prices, RIA Novosti quoted him as saying.

Preparations are proceeding on behalf of the president. Kotyakov said that within the framework of the adopted budget, the indexation of pensions by 5.9 percent is envisaged, but at the end of the year inflation will be slightly higher. “Now, as part of an additional instruction from the president on the need to provide options (…) of additional compensation for high inflation, we have also prepared our proposals,” he noted and indicated that relevant decisions will be made in the near future.

Since December 1, the Pension Fund of Russia (PFR) has automatically indexed pensions for three categories of Russians. The increase in payments affected, in particular, citizens who celebrated their 80th anniversary in November – the fixed payment to their old-age insurance pension will double, from 6,044.48 to 12,088.96 rubles.

Earlier it became known that the Ministry of Labor has prepared a draft on the remote assignment of pension payments. A lump sum payment is made by the Pension Fund or non-state pension funds, depending on where the citizen's savings were formed.