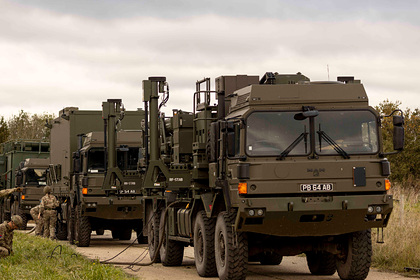 ) Sky Saber, which is capable of hitting small targets. Russian military expert Colonel Sergei Khatylev compared the British development with the Russian S-400 system. This is reported by Vzglyad.

The British Defense Department said that the Sky Saber air defense system could shoot down a target the size of a tennis ball, which flies at the speed of sound. “We illustrated our tracking systems for air and space bodies with this example more than 20 years ago. Then it was said that our systems are capable of detecting over the Mediterranean Sea, issuing target designations and destroying an object the size of a tennis ball, “Khatylev said.

According to the expert, the Russian S-400 anti-aircraft missile system can destroy a target the size of a five-ruble coin at an altitude of 70 kilometers.

Colonel Khatylev also noted that the Russian Viking complex is four times superior to the Sky Saber in terms of its tactical and technical characteristics. He stressed that the Russian development has received more channels that provide tracking and destruction of the target.

Earlier, sources in the British Defense Department reported the adoption of the Sky Saber system. The publication noted that the development will allow to hit drones, fighters and guided bombs.