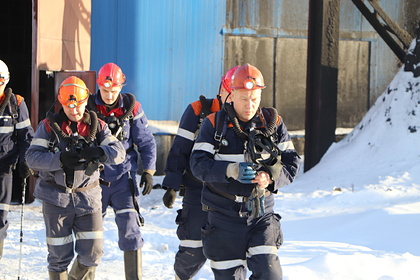 in Kuzbass, they did not survey another 890 mine workings. This was reported by the press service of the Ministry of Emergency Situations in the Kemerovo Region, Interfax reports.

“The implementation of a set of measures to ventilate the emergency area in the Listvyazhnaya mine and improve the gas atmosphere allowed the EMERCOM of Russia workings to search for dead miners “, – noted in the department.

The gas situation in the mine remains stable. Work is underway to pump out water, restore ventilation facilities, and take air samples. Mine rescue units work around the clock, there are from four to six branches of the EMERCOM of the Russian Emergencies Ministry in a shift.

A methane explosion in the Listvyazhnaya mine in the Kemerovo Region took place on the morning of November 25. As a result, 51 people died, including five mine rescuers who went in search of miners. One of the rescuers, Alexander Zakovryashin, who was considered dead, managed to leave the mine – he went to the rescuers himself the day after the emergency. The Russian said that he managed to get out thanks to a stream of fresh air from the surface.